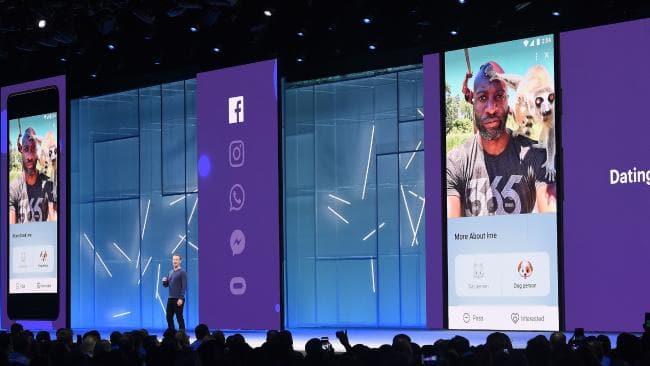 Facebook Dating is a new feature that will launch on facebook platform anytime soon. This will not be an additional platform where complete registration will be required, but it will simply be embedded inside the existing facebook app allowing users to choose either to use it or not, alongside its many other utilities infused on beyond the home screen. This should temper expectations about how deeply it’s diving into Tinder and Match Group’s territory. Though it is not ready for the public yet, but company employees are currently internally testing it — with a warning that it is not for dating their co-workers.

In May during F8 conference, Facebook gave a preview of its Dating features. Thanks to screenshots pulled from the Facebook app’s code by mobile researcher and frequent TechCrunch tipster Jane Manchun Wong, we are getting an early look at its onboarding process. The designs give a sense of the more mature vibe of Facebook Dating, which seems more purposeful for finding a serious partner than a one-night stand.

Registration for this service would be simple, you simply need to opt in to activate the Facebook Dating, and then only other people who have also turned it on will be able to see you, and it will not be shared to your News Feed. You can choose if friends of friends can see you or not, and Dating profiles allow non-binary and transgender and orientation options. You will be able to unlock Groups or Events you’re a part of for Dating, and you will also be able to browse potential matches based on the plethora of info Facebook knows about you. If two people express interest in each other (no swiping), they can text each other over Messenger or WhatsApp.

Merry Christmas from all of us at Olucapri Interna